A bacteria that destroys citrus crops

What is Citrus Greening?

Ans: Huanglongbing (HLB) is the plant's response to the presence of the Candidatus liberibacter asiaticus bacteria in its tissues. The main effects of this disease are: the progressive deterioration of plant vigor; premature fruit ripening and falling; yellowing of the leaves in asymmetric patterns; and eventually, tree death.

What are the characteristics of an infected tree?

Ans: The leaves turn yellow with green spots, the fruits can become deformed and the ripening process interrupted, the branches of the trees begin to die and eventually the entire tree dies. 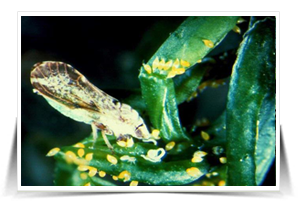 Damage Caused by the Disease:

What biological, physical, and environmental factors facilitate the infection and propagation of the disease?

Ans: The disease is spread by the Asian citrus psyllid, Diaphorina citri. This insect feeds on the new shoots of citrus trees, and if a tree is infected, the insect will carry the bacteria in its buccal system, thereby spreading the bacteria to healthy trees or plantations.

Characteristics of the vector or transmitter: 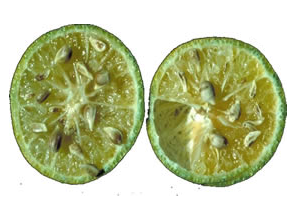 What regions or crop conditions are more predisposed to become infected with this disease?

Ans: The disease has been found in every kind of tree, region, climate, and altitude, and in healthy plants with good nutrition, as well as in volunteers and other trees growing on their own without any kind of agronomic management.

What must be done to control the spread of the disease and/or eradicate it from the plantation?

Ans: The strategy has three pillars: inspection for early diagnosis of the disease, elimination of infected trees, and aggressive control of D. citri. This strategy should be thought of as a chain, since it is practically impossible to eradicate the disease from the crop. No cure has been found for this disease, which is why infected trees must be eliminated in order to avoid contamination. Finally, Integrated Pest Management is required to keep the population of the insect vector as small as possible. This includes precise applications of insecticides.

In general, what kinds of losses have been incurred in Latin America during 2010 due to Yellow Dragon Disease?

Ans:Data provided by the International Regional Organism for Agricultural Health (OIRSA in Spanish) indicates that in Brazil, three million sweet orange trees were destroyed in 2004; in Florida, over a three-year period, damages caused by HLB and Canker (another key citrus disease caused by a different bacteria) caused losses estimated at US$ 9.3 billion. Costa Rica has invested approximately 500 million colones (approximately US$ 1 million) in prevention campaigns, training programs, laboratories and related expenses. 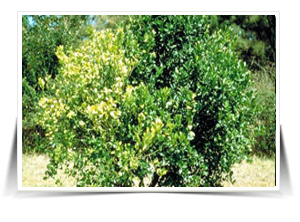 In your opinion, did the significant changes in climate that occurred during 2010 cause the disease to have a greater impact on citrus crops?

Ans: Scientists do not dismiss this as a possibility, and due to the fact that the disease has been spreading throughout the Americas, mainly on the Atlantic side, it is thought that weather events such as hurricanes could help the disease spread to other continents.